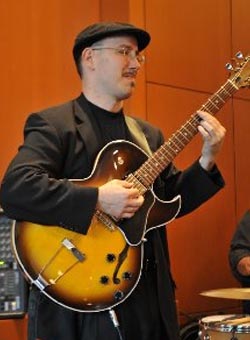 When he first heard the genius of Jazz guitarist Wes Montgomery, Dan devoted himself to becoming a die-hard Jazz artist.

He currently resides in the Atlanta area where he teaches Jazz Guitar at Emory University and leads his own groups as well as freelance guitar work.

The most recent being in collaboration with Hammond B3 extraordinaire David Ellington entitled "Organ Trio".